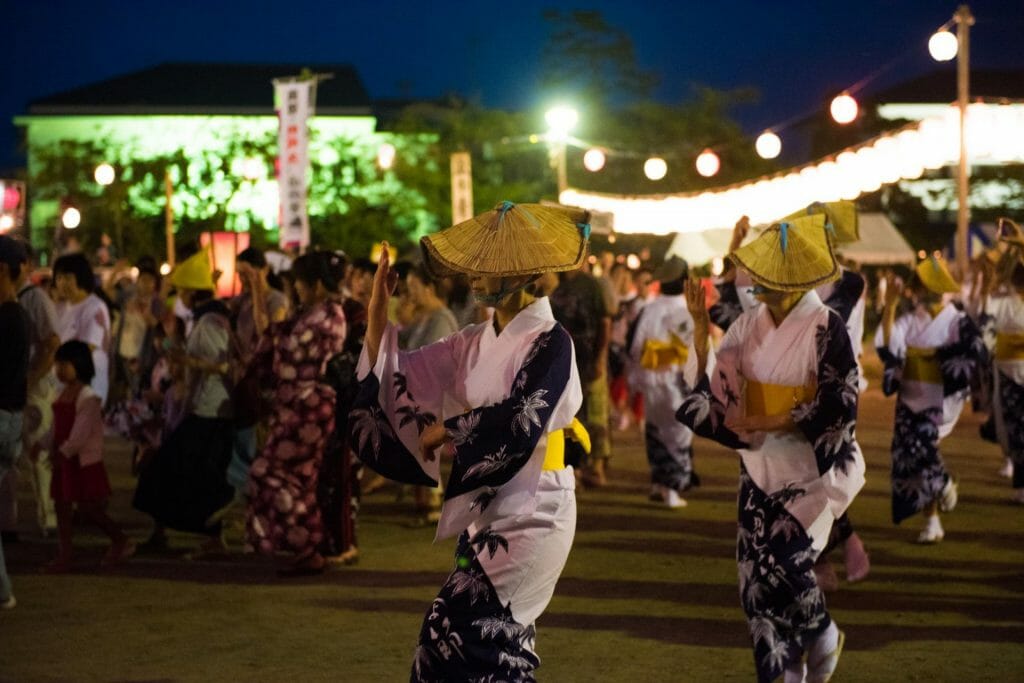 The designation of “Japan Heritage” was established by the Agency for Cultural Affairs in 2015. “Tambasasayama Dekansho Bushi–Hometown Memories Passed Down in Folk Songs” was one of the initial 18 Japan Heritage assets selected from across Japan.

Then, in 2017, Tamba pottery was selected as the second Japan Heritage asset in Tambasasayama. Tamba is designated as one of the six oldest kiln sites in Japan. These six production centers for pottery were uniquely conceived and developed in Japan. (Many styles of pottery in Japan were imported from China and Korea.)

Tambasasayama, which historically prospered as a castle town, is sung about in the Dekansho Bushi (a type of Japanese song), which originated from the folk songs of the Edo period. It tells the story of the climate, humanity, famous places, and specialties of past eras. All of the locals know this song, which preserves the image of their hometown, fostering attachment to the region.

Even today the story continues to live on as people continue to create new lyrics to add to the song and sing about Tambasasayama to future generations. There are now as many as 300 stanzas to the Dekansho Bushi that let you experience townscapes and traditions from all over the Tambasasayama region.

Note: The following stanzas of the Dekansho Bushi song illustrate the relation of the song to the history and assets of Tambasasayama.

“The monkeys of the Tambasasayama mountain villas perform in the flowery world of Edo.”

The first stanza in the Dekansho Bushi has the above lyrics. This folk song, which has continued since the Edo period, was passed down by students from Sasayama to students of the First Higher School of Education (currently the University of Tokyo) in 1898, and was immediately sung by many students and young people all over the country as the song spread.
Every year on August 15 and 16, Tambasasayama holds the Dekansho Festival, where everyone dances while singing the Dekansho Bushi.

Sasayama Castle which is sung about many times in the lyrics, was built by Ieyasu Tokugawa at a key location on the Sanindo Road in 1609 under the Tenka Bushin, a national construction order. In 2000 the Oshoin Palace was reconstructed and opened to the public. The old site of Sasayama Castle, which is a symbol of Tambasasayama, is visited by many citizens and tourists as the venue for the Dekansho Festival and a popular cherry blossom viewing venue.

The special agricultural products of Tambasasayama appear in the Dekansho Bushi. At the Odagaki Store you can see many of these products. The Odagaki Store has been registered as a tangible cultural property for the townscape created by the buildings of the long-established business that was built in the latter half of the 18th century as a sake brewery.

Main building and 8 other buildings with various purposes

The Ojiyama Inari Shrine is also known as the Makekirai Inari Shrine (“Hate-to-lose” Inari Shrine). Legend says that Eight wrestlers, including Ojiyama Heizaemon, who is mentioned in the lyrics, appeared at the national sumo contest in Edo, now Tokyo, where the wrestlers of the Sasayama Clan were regularly defeated. At that event they won their contests. After the contest the wrestlers disappeared, and when people tried to find them, it was discovered they had all fought under the name of Inari-san (the god of harvests, wealth, fertility, etc.). Because of this, the shrine is still considered good luck for both sumo wrestlers, who often visit the shrine and pray for victory, as well as anyone else who desires to pray for a victory.

Mt Takashiro is the location of the Yakami Castle. It was where the warlord of Tambasasayama, Hideharu Hatano, fought and ultimately lost to Akechi Mitsuhide. As the lyrics say, in the foggy season you can often see a sea of clouds in the valleys from the top of the mountain.

During the Edo period, the Fukusumi district, in the east part of Tambasasayama toward Kyoto, was a busy lodging area. Although Fukusumi is a rural village, it also played an important role as a lodging area, and this is strongly reflected in the townscape.

Here, “jar” indicates Tamba-yaki pottery, a traditional craft of Tambasasayama. The Konda area of Tambasasayama produces Tamba pottery and was selected as a Japan Heritage site. Tamba is one of the six anciet kiln sites in Japan. Pottery is still actively produced there today by many nationally recognized potters and more local potters as well.

The lyrics introduced here are only a small fraction of all the lyrics. There is said to be more than 300 Dekansho stanzas. For those who want to enjoy sightseeing in Tambasasayama even more deeply, the world you can experience might be expanded even further by examining the lyrics of the Dekansho song.