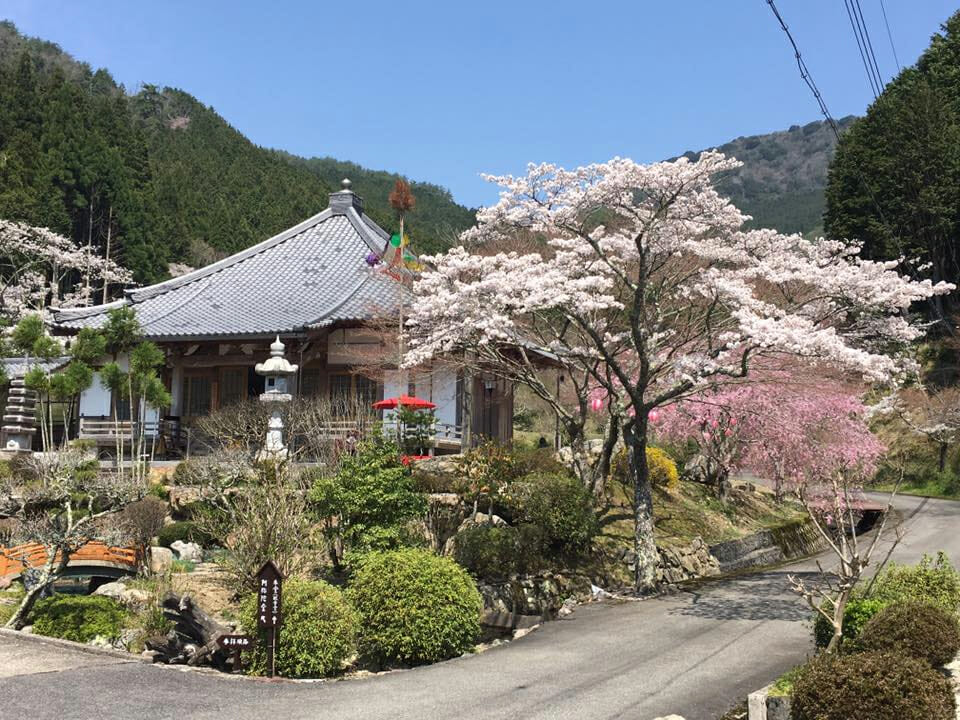 This ancient temple was built by Houdou-Sennin on the mountainside of Kurozuho in the second year of Taika (646).
At its peak time, it had a complete seven-structured temple compound and twenty-one residences for the monks. However, they were burnt down by Akechi Mitsuhide’s attack on Tamba. In the first year of Bunroku(1592), the main hall, Nishizobo, Kogenbo, and Senzobo were rebuilt at the current location. Its appearance is recognized as the Evening Bell of Kozoji in one of the Eight Picturesque Sites of Oyama.
The Sango(honorific mountain name prefixed to a temple’s name) Hokyozan(meaning the bridge of treasre) was named after the legend that Hodo Sennin saw a bridge of gold, silver and gems on Kurozuho.
The current main hall was restored in the sixth year of Kyoho (1721), after it was burnt down in the early Edo period.

The temple is known as a flower temple because the estate from the mountain gate to the main hall has many flowers throughout the four seasons: cherry blossoms in spring, hydrangea in summer, colored leaves in autumn, and camellia in winter. It is also one of the three main maple mountains in Tambasasayama.