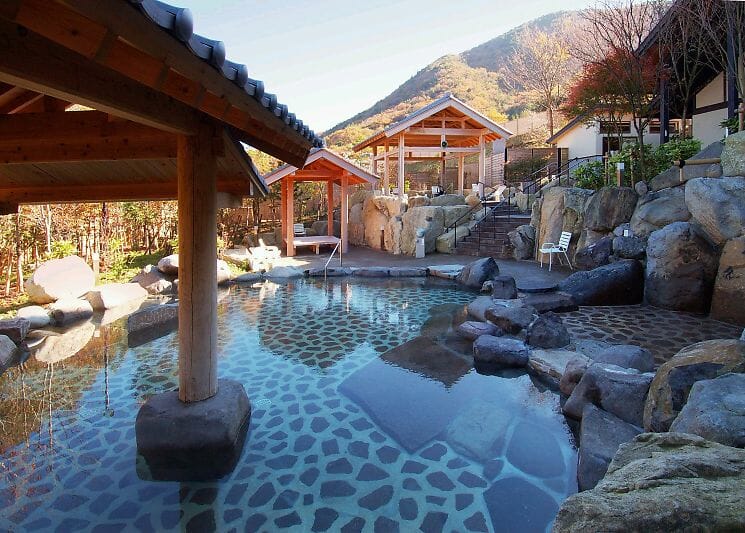 “Konda Yakushi Onsen”, which was released in 1999, is a hot spring with excellent water quantity, quality, and temperature. There are two large public baths. One is a Tamba ware bath that uses Tamba ware, which is famous as Japan’s six ancient kilns, for bathtubs, open-air baths, and floors. The other is the Tamba stone bath, which uses plenty of Tamba stone, which is a specialty of Tamba. 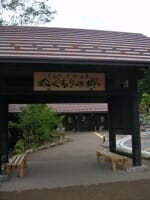 There was a small hill in the local village, and Yakushi Nyorai (a Buddha of healing) statue was enshrined at the top. From ancient times, the statue has been preserved by the inhabitants as a Buddha who keeps physical and mental health. The onsen was named after the Yakushi Nyorai because the hot spring welled up from the bottom of that hill.