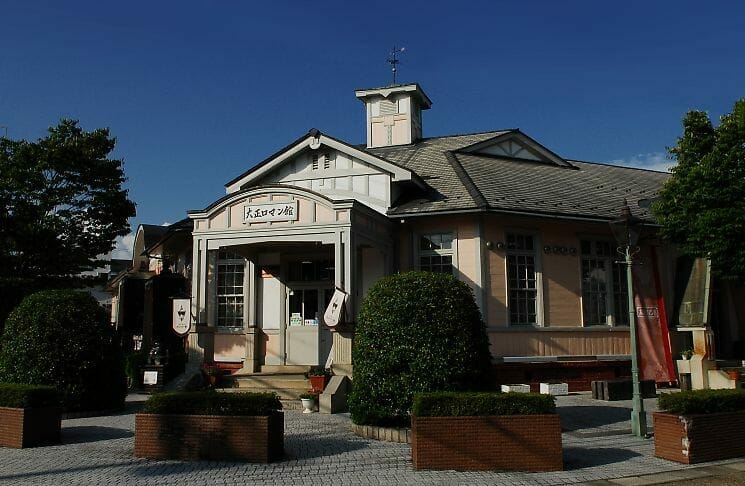 After the topping out ceremony in November 1919, the building was officially opened in April 1920. This building served as the city Town Hall for approximately 70 years, till March 1992.

In order to preserve the building and its history for future generations, it was refurbished and repurposed opening in June 1993 as the Taisho Roman Hall. Since then, it has been used by many people as a center for exchange between urban and rural areas, it also serves as a base for tourism. It will continue to convey the history of Tambasasayama City and envision its future.

There is the restaurant “Roman Tei” in Taisho Roman Hall, here is the link:  http://tanbasasayama.hyogo.jp/restmenu/