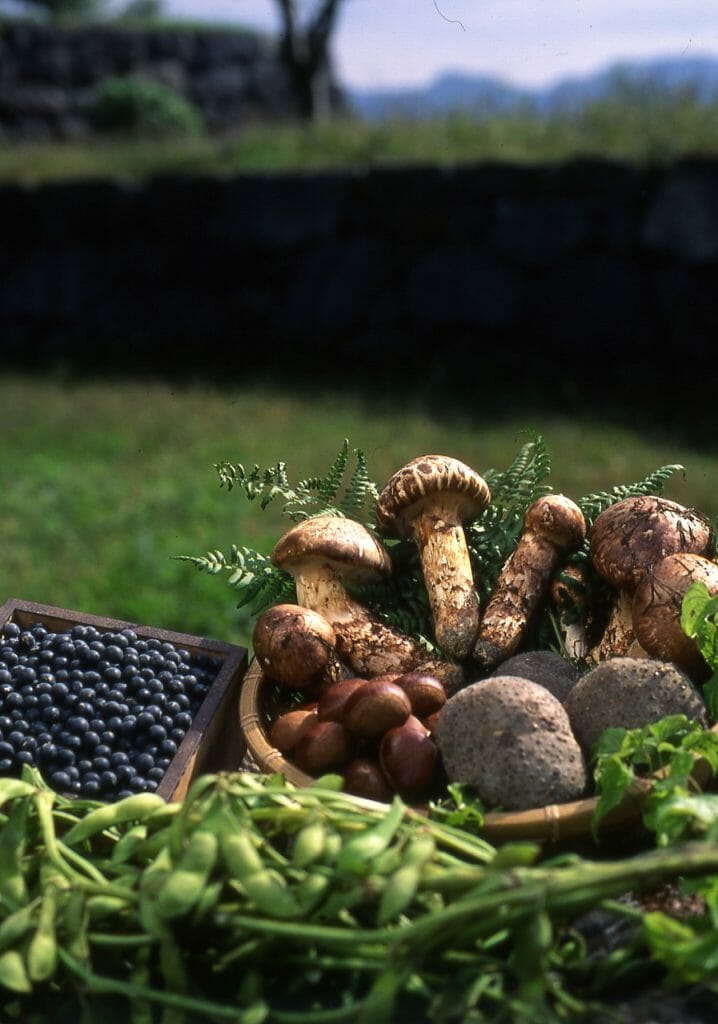 Speaking of the charm of Tambasasayama, it’s food!
Especially in the autumn harvest season, many tourists visit and enjoy the fresh specialties of Tamba Sasayama.

In this article, we will introduce you some of the best known of them.

First of all, we would like to introduce you the standard gourmet foods that you should definitely try when you visit  Tambasasayama. 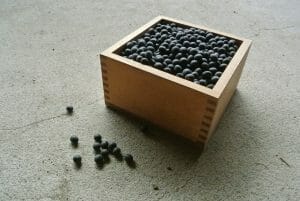 Some people might have heard of ‘Tamba Guro’. It’s the name of black soybean grown in Tambasasayama City, which is characterized by its larger grain size than other black soybeans.Not only is it big, but it’s also highly rated for its Umami and texture, and it is used as a staple of the Japanese traditional new year’s dish.

It’s available all year round, but the best season is from the end of the year to the beginning of the year when you can eat Osechi, which is the above mentioned new year’s dish. 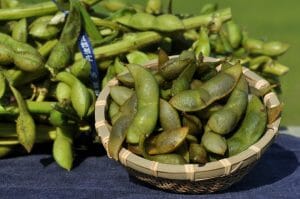 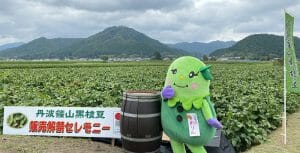 It is said that the most famous good quality rice production area in eastern Japan is Uonuma, Niigata. How about in western Japan? Yes, it’s Tambasasayama. Rice produced in Tambasasayama is of very high quality. Starch, which is essential for delicious rice, is nurtured by the temperature difference between day and night.Rice with strong sweetness and stickiness does not lose its umami even when cooled, making it ideal for rice balls and bento boxes.

Tambasasayama Koshihikari is available all year round, but the best season is from early to mid-September when the new rice is just harvested. 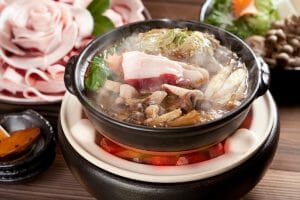 Tambasasayama is one of the three major wild boar hunting grounds in Japan. The meat contains good quality fat and is outstandingly delicious. Botan nabe(wild boar meat hot pot) is selected as one of the 100 best local dishes of Japan. Each restaurant in the city offer you its own unique taste and flavor, and it’s real pleasures to hunt around your favorite.

There are more of Tambasasayama gourmet!Here are some specialties for those who want to taste more. 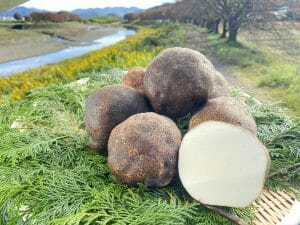 The round-shaped Tambasasayama yam is different from other yams such as Nagaimo (Chinese yam) and Yamato yam. It is characterized by its far stronger stickiness when grated. Tambasasayama yam is highly nutritious and it can be grated, fried or baked. It is also used as an ingredient in fine Japanese sweets.

The harvest season starts around the end of October and ends at the beginning of December. 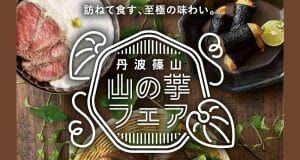 Tambasasayama Yam Fair from Nov. 20th to Feb. 6th (in Japanese only) 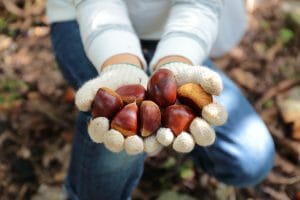 Tamba chestnuts are grown in the climate peculiar to the Tamba basin. Tamba Ginyose, one of the varieties of chestnut, is described in the Kojiki (the oldest history book in Japan) and the Manyoshu(the oldest traditional Japanese poetry book) in ancient times. Among the many chestnut varieties, Tamba chestnut is exceptionally large and rich in taste.
In Tambasasayama, it is used in a various Japanese sweets such as chestnut manju, kuri yokan(chestnuts paste jelly), and chestnut mochi, and has become a standard Tamba souvenir.

The harvest season starts at the end of September and ends at the mid-October. 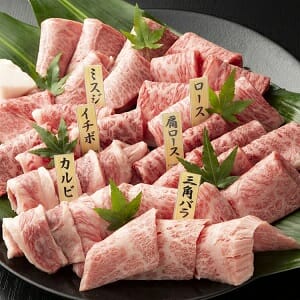 At the Tambasasayama Aji Matsuri, a local food festival, a roasted whole Tambasasayama beef is offered to visitors every year and people form a long queue. 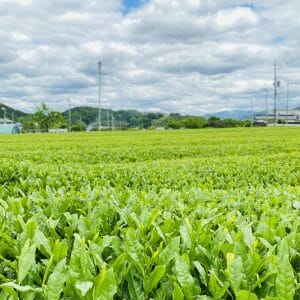 Tamba tea has a long history and tradition. It has been cultivated in the land of Tamba region since the Heian period(710-1192) and was presented to the Imperial Court. Tamba tea which has a pleasant aroma and a refreshing taste is still loved by many people today.

First flush tea leaves are picked in June, and the ” Tamba Tea Festival” will be held around the same time.

Amochi taro is a taro cultivated in the Oyama district, located north of Tambasasayama City. Compared to common taro, it has a stronger stickiness and a chewy texture. In the olden days, it was presented to the Sasayama clan, but it was on the verge of extinction due to ageing of the farming population and declining harvests. In 2015, local volunteers started cultivating Amochi taro again and in recent years it’s known as a new specialty of Tambasasayama.

The best season is from September to October.

In addition to those introduced here, there are many other delicious foods in Tambasasayama. We hope you will enjoy to your heart’s content the blessings of nature produced by the unique climate of Tambasasayama. Bon appétit!