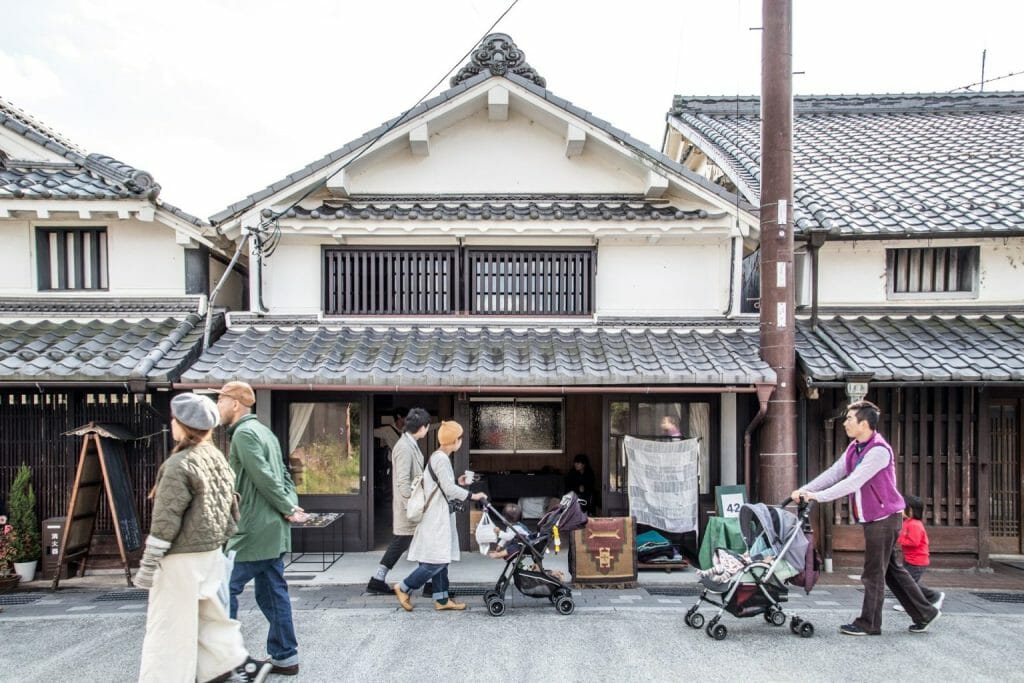 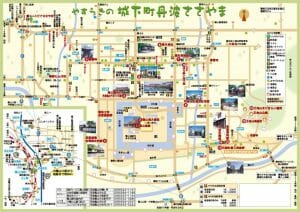 Tambasasayama City is located in the central eastern part of Hyogo Prefecture, adjacent to Kyoto Prefecture in the east and Osaka Prefecture in the south. It is within an hour from Osaka and Kobe. By car, please take “Tannan-Sasayamaguchi” exit on the Maizuru Wakasa Expressway. By train, please get off at “ Sasayamaguchi” station on JR Fukuchiyama-line, then transfer to Shinki Green Bus to the castle town or city centre, it takes about 15min. from the station.

◎ Proud of our local products! 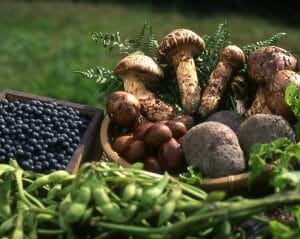 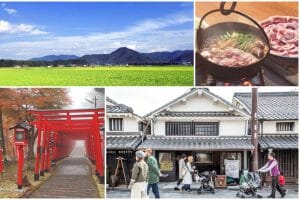 Tambasasayama is a castle town that has developed in its own style, influenced by Kyoto culture. The historical townscape can be seen around the ruins of Sasayama Castle, while the area around the castle town offers beautiful countryside scenery rich in nature. 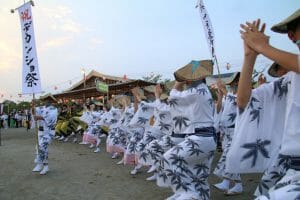 Tambasasayama is the hometown of the nationally known folksong “Dekansho-bushi”. Many events such as the “Dekansho Festival” – Bon dace festival, the “Ceramic Festival” and the “Mikaku(taste) Festival” are held throughout the year. There are also many traditional rituals have been handed down from generation to generation, giving a sense of tradition and culture. 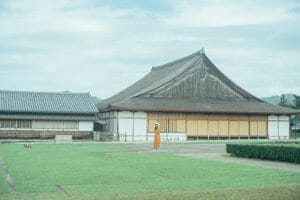 Visit city’s biggest tourist facility, the Sasayama Castle Oshoin, and walk around the Kawaramachi Tsumairi merchants houses district, where the historical townscape remains. Please enjoy strolling around and feeling the atmosphere of the old castle town, as well as eating and shopping in the surrounding area.

*Tsumairi is a Japanese traditional architectural style in which the main entrance is on one or both of the gabled sides.

Kawaramachi Tsumairi Merchant Houses district
Kawaramachi district began to be developed shortly after the construction of Sasayama Castle, and prospered as the commercial center of the castle town. You can see the townscape that retains the remnants of the old highway. The district is characterized by the Tsumairi styled merchant houses, which conveys the appearance of the castle town from the Edo period (1603-1868). For example, ‘Sen-bon-goshi’ (lattice of evenly spaced vertical timber bars), ‘Ara-goshi’ (old exterior window structure), ‘Sode-kabe’ or the wing walls, and the ‘Udatsu’ which is a fire wall built to prevent the spread of fire with the neighboring house. This district has been selected as Important Preservation District for Groups of Traditional Buildings.

Konda Tachikui area is the production center of Tamba-yaki pottery which is one of the Six Ancient Kilns in Japan and located in the southwestern part of Tambasasayama city. There are about 60 potteries in the area, as well as climbing kilns and facilities where you can try your hand at pottery making. After walking through the pottery village surrounded by beautiful satoyama, please enjoy relaxing time in a hot springs.

* The pottery studios are concentrated on both sides of Yakimono-dori street for about 1.5 km from north to south.

Tambasasayama is surrounded by rich nature. Why not take in the aura of nature and play to the full?

Taste Hunting Information of each facility

Remarks: Please contact each facility for details such as opening periods.

A magnificent mountain range of 600 to 800m above sea level that extends to the north of the Sasayama Basin, this natural park stretches 20 kilometers from east to west.
There are some family-friendly trekking trails.

◎ Sightseeing spot in the area:

・Tamba Traditional Craft Park – Sue no Sato : Experiencing pottery making in your own style, individuals or in groups.
・Tambasasayama Keikoku no Mori: A facility where you can enjoy outdoor activities and nature experiences.
・Prefectural Sasayama no Mori Park: A forest park where the scenery can be enjoyed in all seasons. Variety of Satoyama activities are also available!
*Satoyama activities: Various nature activities such as playing in the woods or in the river, chopping the fire wood, etc., not easy to do in urban life.

Ajima district is famous as the best tea growing area in Hyogo prefecture. Cycling along idyllic mountain roads lined with tea plantations, you can enjoy the atmosphere of a tea plantation village. We also recommend you to visit this area in November when the mountains are colored with autumn leaves, especially famous Daikokuji Temple.

*Please return the bicycle at Sasayamaguchi Station Cycle Port (on the east exit) by 5pm. *Nov.- by 4pm, Dec. to Feb.-closed

Bunpoji Temple
It is said that a long time ago, Hodo Sennin, a hermit, has descended here and found this temple. There used to be 33 small temples in the mountain, but now only three remain. It’s blessed with cultural assets such as Romon, two-storied gate, and multistoried pagoda, as well as the scenic spots. There is a mountain trail leading to Mt. Shiraga behind the temple.

Futamura Shrine
It is the guardian deity shrine of seven neighboring villages in Ajima area. In 1482, the portable shrine had been brought back to this village from Futamura shrine in Miuchi , because of dispute among the villages. Thus, the shrine was established in its present location. 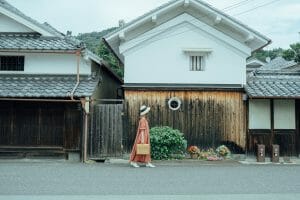 Fukusumi district is a former post town heading from Sasayama castle to Kyoto. In December 2012, it was designated as an Important Preservation District for Groups of Traditional Buildings. There are many buildings of merchant houses unique to the Tamba region that look like Irimoya-zukuri at first glance. You can feel the strong impression of the former post town in the townscape. The rustic atmosphere is perfect for a relaxing walks.

Fukusumi townscape
Spacious and stately buildings with a wide frontage stand along the old highway of Edo period. It has been an important area on the San-in-do highway since ancient times, and has been called the Kyokaido highway in the Edo period. As Fukusumi was the first post town in the Sasayama clan, commercial transactions were active, also Hatago inn and merchant houses were lined up on the street. Remnants of the townscape and the shops still remain everywhere in the town.

Maruyama Inari Shrine and Momii Castle Ruins
Funaokayama has a cute round shape with thick forest. The ruins of Momii Castle can be seen on the other side. Momii Castle is a mountain castle built around 1500 CE. The castle fell after being defeated by Akechi Mitsuhide’s invasion of Tamba. You can see the remains of Yamashiro (mountain castle) from the Warring States period on the well maintained walking trail.