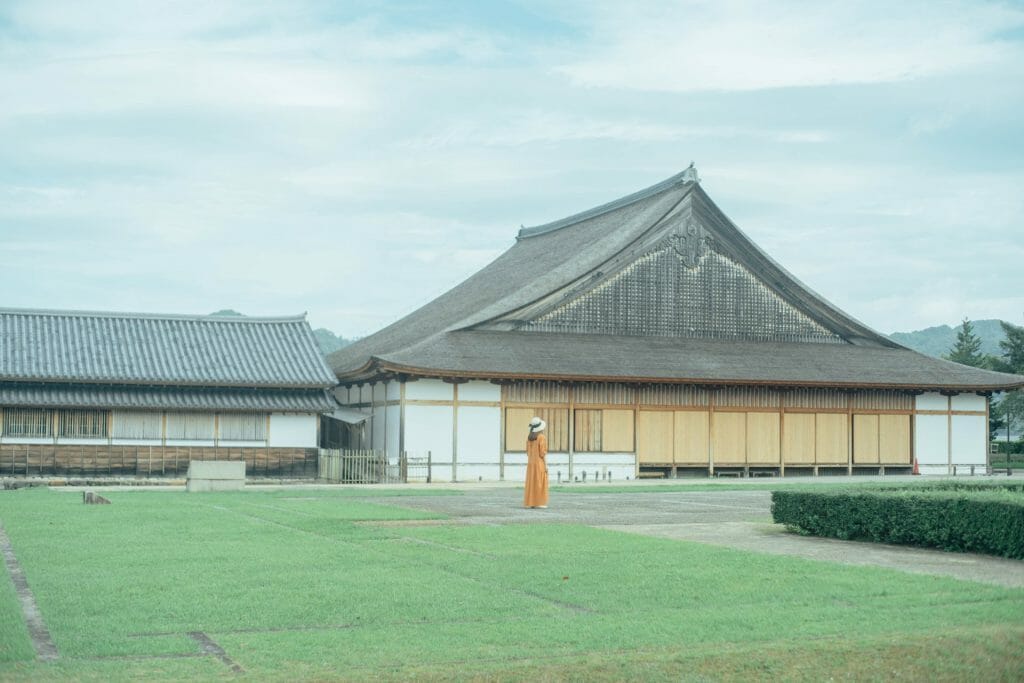 There are four major historical facilities in Tambasasayama. Here is the introduction of those to experience the history, tradition, and culture of TambasasayamaCity.

The Oshoin, the main facility of Sasayama castle, was destroyed by fire in 1944, but was restored in 2000.

Originally, it was built as the Sasayama Court in 1873, and was renovated into a history museum in 1982. The building itself has historical value, but once inside, you can learn more about the history of Tambasasayama.

The building was the villa of the Aoyama family, the lord of the Sasayama clan. Large collection of historical documents and materials are on display, for example, more than 1,200 pieces of woodblocks related to Chinese classics, which are rare nationwide, the drawings of Sasayama Castle stone wall repair, the Summary of the Administration of the Sasayama clan, seals, and so on. You can see history and culture from Edo period [1603 – 1867].

A samurai residence built some time after 1830, which was renovated in 1994 and opened to the public as a museum.

If you want to visit two or more of the above facilities, the “Four Museums Pass” is strongly recommended!
The pass price is: Adults 600 yen,
High school and university students 300 yen,
Elementary and junior high school students 150 yen.

For example, if you are an adult and purchase separate tickets for the Oshoin and Aoyama Museum, it will cost 700 yen (400 yen for Oshoin + 300 yen for the Aoyama Museum) .This pass allows you to visit all four facilities for only 600 yen. It’s a good deal!

If you have come all the way to Tambasasayama for sightseeing, why don’t you experience the history of the city by visiting those facilities with “Four Museum Pass”.