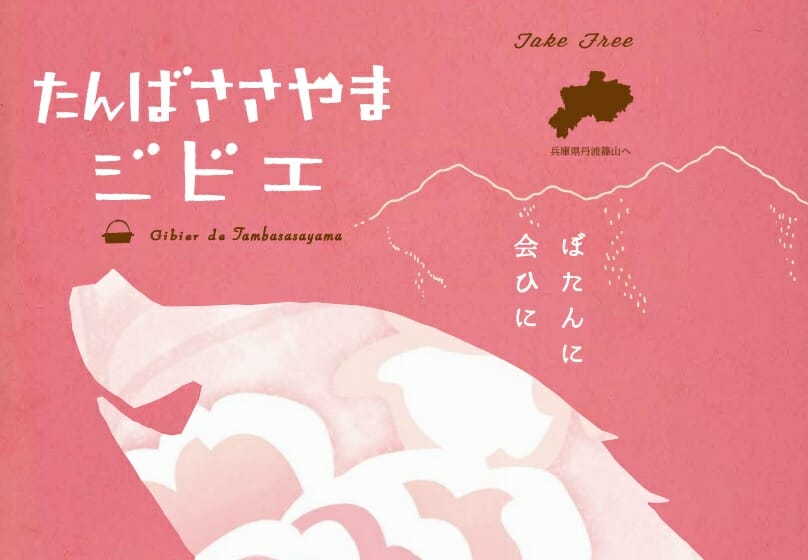 * Please see the PDF version  of the latest Botan nabe guide.
(only in Japanese) 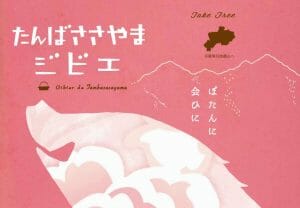 ・ The cut of wild boar affects the price of Botan nabe!

・ We are particular about how to cut the meat!

・List of the store introduced  in Tambasasayama Gibier booklet

Wild boar meat has been eaten since Jomon period(8000BC – 2000BC). Even when Buddhism was introduced and meat eating was prohibited, it was called “mountain whale” and was eaten as a valuable protein source in rural satoyama.

In Edo period, people used to call different meat in different names. For example, boar meat was called ‘Botan’ or peony, horse meat has another name ‘Sakura’ or cherry, and deer meat ‘Momiji’ or maple.

When the Meiji era began and the ban on meat eating was lifted, the pot of wild boar meat cooked with miso was called “Ino-nabe”.

The soldiers couldn’t forget the taste, and when returned to their hometown, they spread the word, “The wild boar meat of Tambasasayama is very special!” Thus it became famous nationwide. 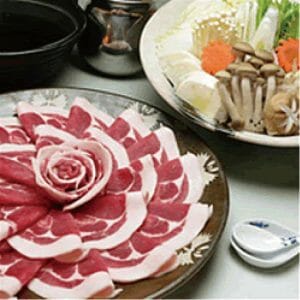 In 1931, the predecessor group of the Sasayama City Chamber of Commerce solicited the lyrics for the folk song “Sasayama Kouta”, and the word “Botan nabe” appeared for the first time in the fourth lyrics. In ‘Inonabe’ being four Japanese letter didn’t fit so good with the song, so the five-Japanese-letter word Botan Nabe was used.

Around 1945, a long-established local inn has begun to serve wild boar meat, which resembles a peony flower, according to the name “Botan nabe”. In this way, the name of Tambasasayama Botan nabe spread all over the country.

In 2007, it was selected as a representative dish of Hyogo Prefecture in the ‘100 Selections of Local Cuisine in Agriculture, Mountains and Fishing Villages’ sponsored by the Ministry of Agriculture, Forestry and Fisheries. Currently, about 40 stores offer Botan nabe in Tamba Sasayama City .

The cut of wild boar affects the price of Botan nabe!

The wild boar meat handled at the Tambasasayama store is not farmed, but natural wild boar!
They run around the mountains of Tambasasayama, eat nuts such as chestnuts, Tamba matsutake mushrooms, and grains. They put on only as much fat as they need to survive the winter. That is why it is not so greasy. 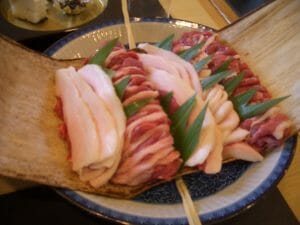 ・ Loin is soft and light (good quality of fat, rare part).
・ Chuck has a rich flavor.
・ Belly has umami(the hidden fifth taste) and is the best taste of fat!
・ Back rib is a little tough but the more you chew on it the more taste comes out.
・ Picnic has the rich taste of red meat.
・ Leg has a good balance of red-white.
・ Thinly sliced meat has a reasonable price and suits for the home cooking.

Botan nabe with only the loin meat is very expensive, so if you would like to make the price reasonable, it is recommended to order with other parts.

We are particular about how to cut the meat!

Some shops are very particular about cutting the meat by hand.

Cutting by hand takes more time and effort than by machine. Also, cutting thinly and to a uniformed thickness takes experience and the ability of the person who cuts it is tested.

However, cutting by hand makes it possible to remove tendon and fat which is difficult with a machine. Also, because the chef can cut differently according to the meat, soft and easy-to-eat meat can be served.

The northern part of Hyogo prefecture is famous for producing Sansho or Japanese pepper. Traditionally Botan nabe is cooked in miso and eaten with Japanese papper which gives you a tingling sensation on the tongue. That is still a typical way to enjoy Botan nabe, but recently new recipes are being created.

・ Blended miso
・ White miso
・ Warishita (soup stock with soy sauce, sugar, mirin, and sake mixed in)
・ Shirodashi (one of soy sauce varieties which is like white soy sauce with dashi flavor. It is sweeter and more savory than common one.) 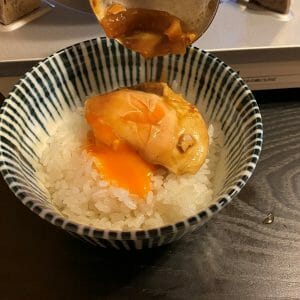 What they have in common is their commitment to create their own dashi. It is a style that you can enjoy the co-starring of the dashi stock that the chef is proud of and the dashi stock that comes out of the wild boar meat. And if the dashi stock changes, the choice of the Shime*, or the last dish will also change. Enjoy various Botan nabe to suit your taste.
* Japanese usually put in starch to finish hot pot dishes such as udon, porridge, or rice with a soft-boiled egg.

List of the store introduced in Tambasasayama Gibier booklet